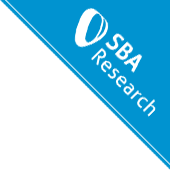 to be held in conjunction with the 14 th International Conference on Availability, Reliability and Security
(ARES 2019 – http://www.ares-conference.eu )

Location and mobility data are highly sensitive, as they can be used to infer a number of other personal and sensitive data on an individual. However, human mobility is highly predictable, and location information is routinely collected by location-aware devices (e.g. smartphones), connected vehicles and smart transportation systems, e-tolling, and cameras with face recognition among others.

Location privacy is a rapidly developing research area, and the first Location Privacy Workshop (LPW) will provide a platform for original research and discussion on all technical aspects of privacy and security of location-based services.

Topics of interest include, but are not limited to: 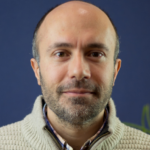 Abstract : One way to view privacy in general, and location privacy in particular, is as a statistical inference problem: The adversary makes noisy observations of the user’s true information (location) and then tries to infer the actual value. This leads naturally to a game between the user and the adversary, in which the user may also be constrained in the amount of noise that can be added. This talk will explore past and current results in this area, and contrast the statistical point of view with other approaches to location privacy.

George Theodorakopoulos received the Diploma degree from the National Technical University of Athens, Greece, in 2002, and the M.S. and Ph.D. degrees from the University of Maryland, College Park, MD, USA, in 2004 and 2007, all in electrical and computer engineering. He is a Senior Lecturer at the School of Computer Science and Informatics, Cardiff University, which he joined in 2012. From 2007 to 2011, he was a Senior Researcher at the Ecole Polytechnique Federale de Lausanne (EPFL), Switzerland. He is a coauthor (with John Baras) of the book Path Problems in Networks (Morgan & Claypool, 2010). He received the Best Paper award at the ACM Workshop on Wireless Security, October 2004, for “Trust evaluation in ad-hoc networks” and the 2007 IEEE ComSoc Leonard Abraham prize for “On trust models and trust evaluation metrics for ad hoc networks.” He coauthored “Quantifying Location Privacy,” which was runner-up for the 2012 PET Award (Award for Outstanding Research in Privacy Enhancing Technologies).

The submission guidelines valid for the workshop are the same as for the ARES conference. They can be found at https://www.ares-conference.eu/conference/submission/ .

By continuing to use the site, you agree to the use of cookies. more information